Bar mitzvahed at Temple Israel, a conservative synagogue in White Plains, New York, and nicknamed “SuperJew” by an envious opposing minor league manager, Epstein was a power-hitting first baseman for five American League teams over the course of nine big league seasons. He hit 30 homers for the Washington Senators in 1969. He won a World Series ring as a member of the Oakland A’s in 1972 and a gold medal as a member of the U.S. Olympic baseball team in 1964. The Dodgers tried to sign Epstein after his junior year at UC-Berkeley, but his father insisted he finish college, where he was a superstar athlete and played fullback for coach Marv Levy. During the 1972 playoffs, he wore a black armband in honor of the Israeli athletes massacred at the Munich Olympics. Epstein was tall and muscular and reportedly once knocked Reggie Jackson out cold in a clubhouse brawl. He was traded for pitcher Lloyd Allen at the end of his career. It marked the only trade involving Jews on both sides.

Read more about his career in our April, 2016 Q/A with Epstein. 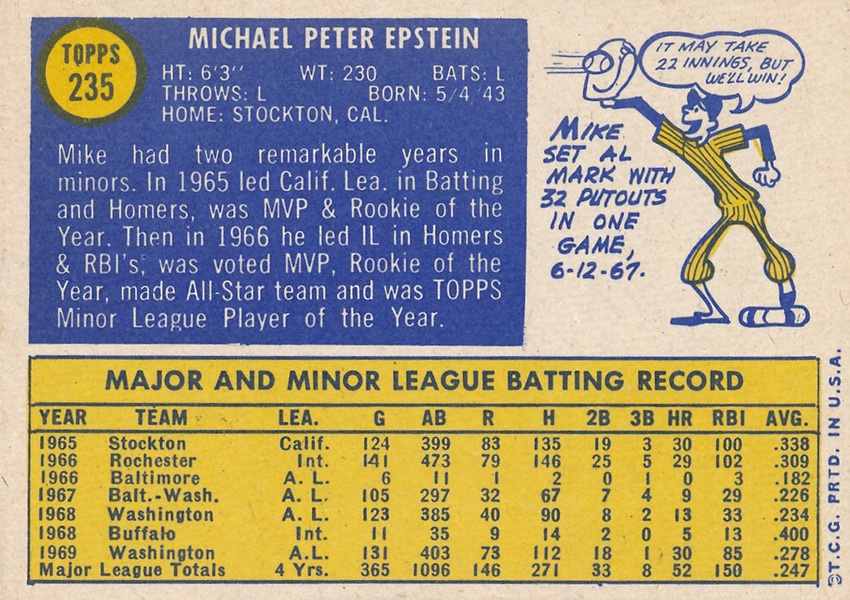 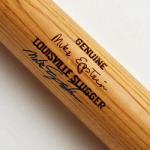