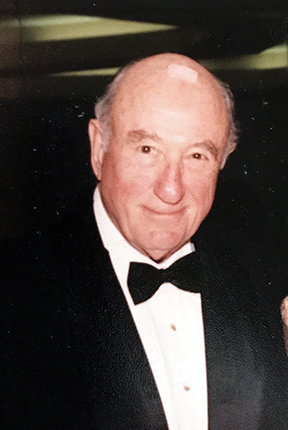 Told to me by Kenny Holtzman:

Scheduled for an away game in Baltimore during Rosh Hashanah (Kenny never played on the High Holidays), he asked the Orioles’ front office if it could get him to a synagogue service.

The team got back to him and told him it was all arranged and that a driver would be in front of the hotel at 9 a.m. the next day.

Sure enough, the driver was waiting and drove him to Baltimore Hebrew Congregation, a large reform temple of about 1,800 seats. The driver insisted on taking him inside and directed him all the way to an empty seat in the front row.

Feeling somewhat embarrassed, he introduced himself to the gentleman in the adjacent seat. “Hi, I’m Ken Holtzman, a visiting professional ballplayer,” he said, whereupon the man responded, “and I’m Jerry Hoffberger (pictured above), owner of the Orioles, and I gave you my wife’s seat.”