At 6-foot-8, 240 pounds, Schwimer cut an imposing presence on the mound. A standout pitcher for Virginia, he was not drafted after his junior year, as most college players are. He told teams that he wanted to return for his senior year to finish his degree. The Phillies selected him in the 14th round of the 2008 draft. He moved up through the Philadelphia system and made his big-league debut on Aug. 21, 2011 against the Nationals. On his second pitch in the major leagues, he gave up a game-tying home run to Danny Espinosa. Schwimer said: “I was thinking that it can’t get much better than this. And after a few pitches, I was thinking that it can’t get much worse than this.” He retired the next eight batters, striking out four of them. After going 2-1 with a 4.46 ERA in 35 games with the Phillies in 2012, he was traded to Toronto. Injuries, though, plagued him, and the Blue Jays released him in August, 2013. 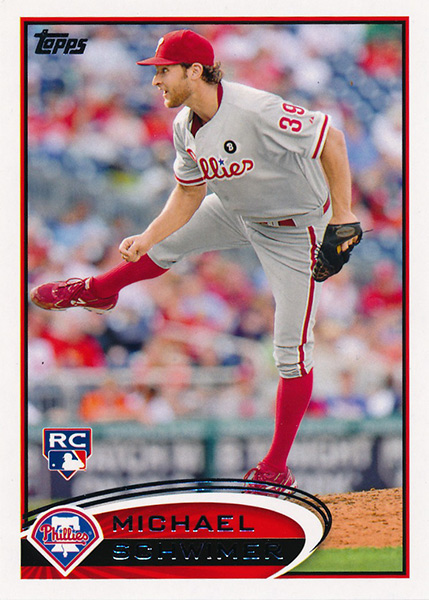 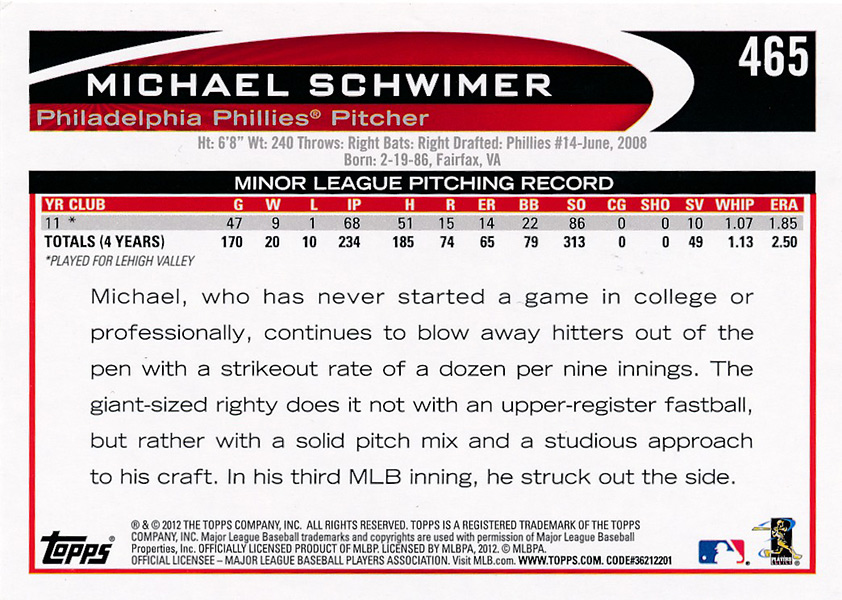