Lorraine’s last name would have been Levin, but his grandfather, who served with the British Army in Alsace-Lorraine, was so enamored of the region that he adopted it as his own surname. Andrew’s uncle, also from Britain, is an orthodox rabbi. A left-handed pitcher, he was selected out of high school by the New York Mets in the 38th round of the 1990 amateur draft, but he chose to attend Stanford University instead. He was later selected by the California Angels in the fourth round of the 1993 draft, and he made his major-league debut the following year, although he struggled against big-league hitting. On July 28, 1994, he was the losing pitcher when Kenny Rogers of the Texas Rangers pitched a perfect game. Over the ensuing 12 seasons, he was repeatedly traded and released, and he spent time migrating among 12 different organizations (including two organizations twice). Lorraine later was a pitching coach in the Seattle Mariners organization and a scout for the Pittsburgh Pirates. In 2017 and 2019, he served as pitching coach for Team Israel during the World Baseball Championship qualifying matches. 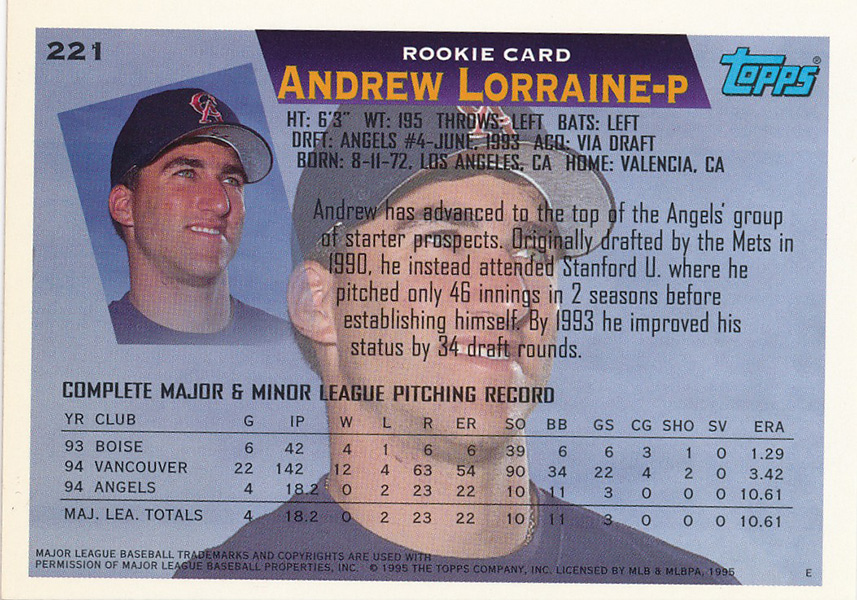