Cohen, a son of Eastern European immigrants, was born in Brooklyn and signed by the New York Yankees at the age of 17 in 1948. The 6-foot-5 right-hander ultimately ended up in the Cubs’ system and was teammates with Sparky Anderson and Maury Wills in 1951. After spending a few years stationed in San Antonio, Texas, during the Korean War, he returned to the Cubs in 1954 and made his major league debut the following season, when he was teammates with Ernie Banks. He pitched in seven games, logged a 7.94 ERA, was sent back to the minors, suffered through arm troubles and never returned to the major leagues. He obtained a master’s degree in 1966 and enjoyed a successful high school coaching career. 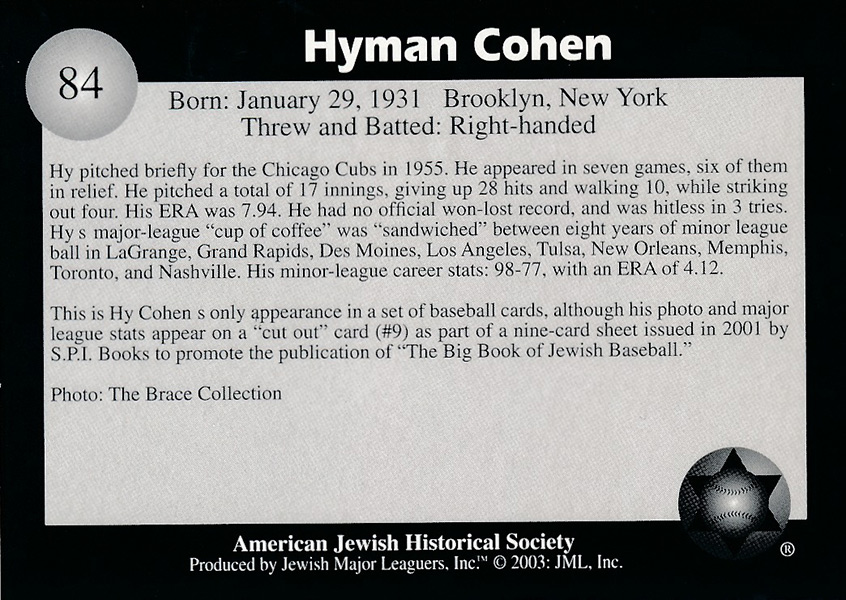