Whitesell was a star high school pitcher at Rialto High School in Rialto, Calif. After tearing his labrum while playing baseball at Loyola Marymount University, he focused on playing first base. He was the Arizona Diamondbacks’ 2008 minor-league player of the year, and eventually played in 53 games for the team during the 2008 and 2009 seasons. After playing in the Japanese league, he spent the 2014 season in the Mexican League playing for Saraperos de Saltillo. He also played in the Dominican Winter League. 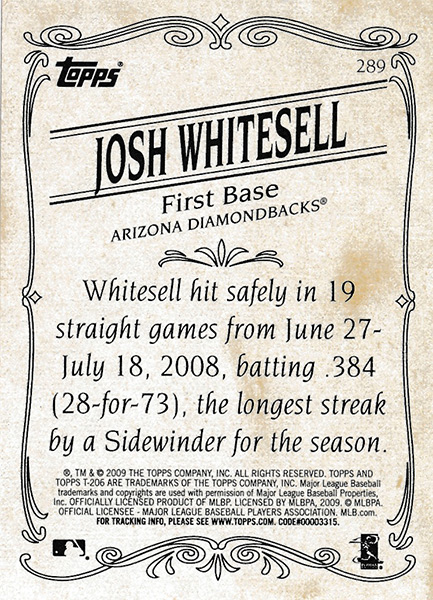 Josh was named Pacific Coast League Rookie of the Year in 2008 after batting .328 with 26 home runs and a team-record 110 RBIs for Tucson.