Cogan was a standout pitcher at Highland Park High School in Illinois, where he threw three no-hitters in his senior season. A relief pitcher in college, he still holds the Stanford University record for single-season and career appearances. He was selected by the Kansas City Royals in the 12th round of the 1999 amateur draft and reached the majors in 2001, when he appeared in 39 games, all in relief. He was 0-and-4 with a 5.84 ERA, was sent back to the minors, sustained a shoulder injury, and never returned to the big leagues. After he hung up his spikes, Cogan accepted a position in the wealth management business with a national financial services company. He is proud to have had “four Jewish grandparents.” 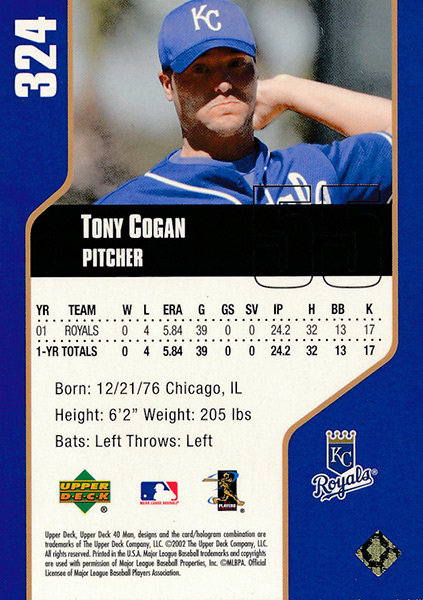 Pitching for the Gary SouthShore RailCats in 2007, Tony led the Northern League with a team-record 25 saves.