Bautista (not to be confused with the Toronto Blue Jays player of the same name) was born to a Dominican father and an Israeli mother. He is an observant Jew and maintains a kosher home. He became a bar mitzvah in the Dominican Republic, a country with a community of only about 300 Jews. Bautista has stated that he not only would not pitch on the High Holy Days, but would not even show up at the ballpark. He pitched for five teams over the course of a nine-year major-league career and became a minor-league pitching coach after his playing days. 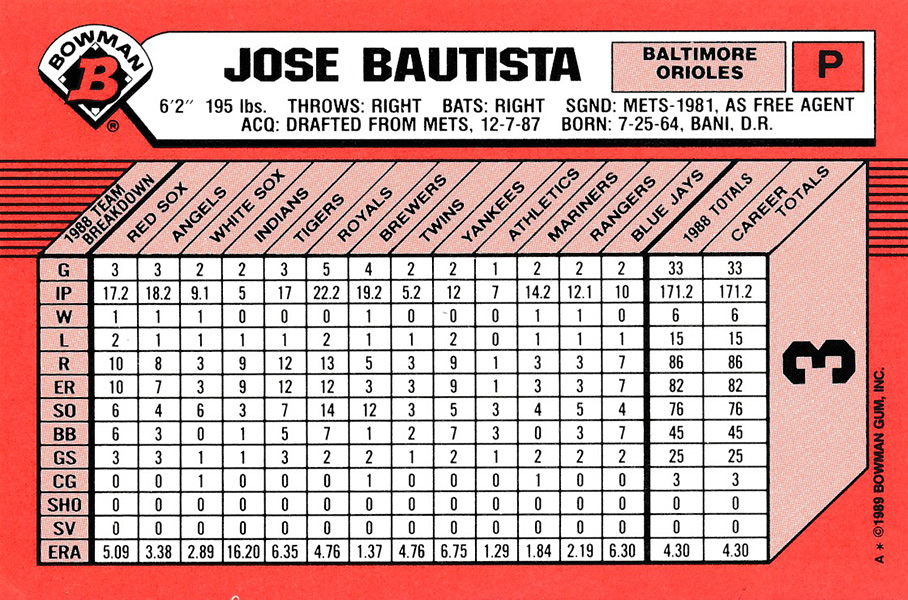 On Sept. 30, 1988, Jose set a major-league record for fewest pitches in a complete game of eight innings or more. He threw 70 pitches in the Baltimore Orioles’ 1-0 loss to the Seattle Mariners.