Schacht was better known as the first “Clown Prince of Baseball.” Yet before he started entertaining fans with his comedy routine, Schacht actually pitched in the big leagues. In 1919, he won 20 games for Jersey City in the International League, including 10 shutouts. The Washington Senators noticed and signed him at the end of the season, winning in his first two appearances. Schacht then spent 1920 and 1921 for the Senators. He once struck out Babe Ruth on three pitches. However, health issues curtailed his big-league career. Schacht eventually became beloved for making fans laugh before the games. He appeared at 25 World Series and 18 All-Star games. 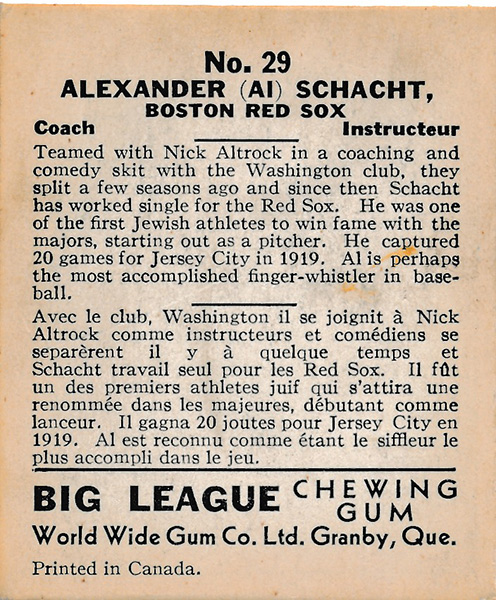 Al developed a reputation as one of the best third-base coaches in baseball.