A native of Decatur, Ala., Alan Goodman Koch was a standout pitcher at the Auburn University and dominated at the AAA level before making his major-league debut as a relief pitcher with the Detroit Tigers on July 26, 1963. His contract was purchased by the Washington Senators shortly after the beginning of the 1964 season, but he struggled as both a starter and a reliever. He refused to accept a demotion to the minor leagues at the conclusion of the year, so he attended law school instead, earned a degree, and went to work with a large hospital in Mobile, Ala. 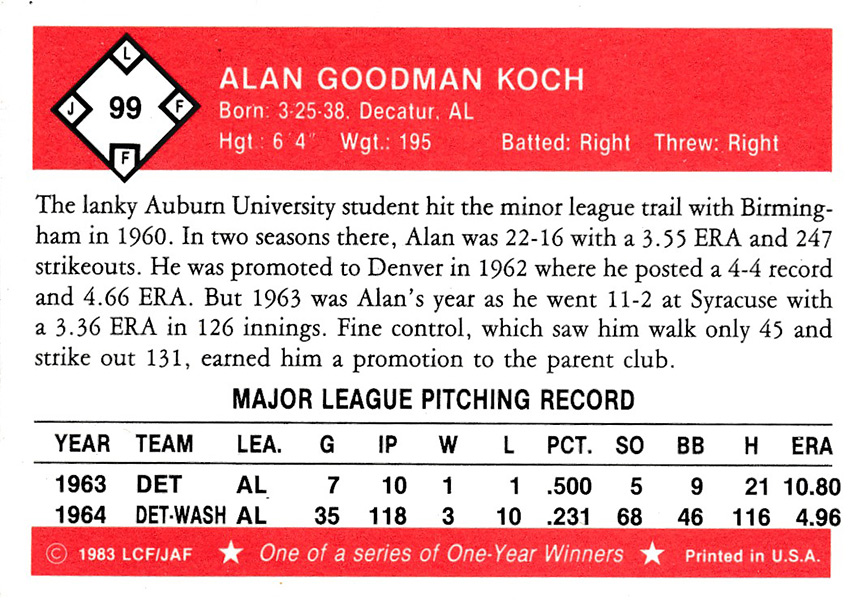