A son of a Jewish immigrant mother, Conger was a high school phenom and top prospect who attended UCLA for only a year before signing with the Detroit Tigers in 1940. At the age of 19, he made his major-league debut in a relief role and earned an extra-inning win against the Chicago White Sox with Hank Greenberg as his teammate. Conger was traded to the Pirates at the end of the 1940 season, spent most of the following two years in the Pirates’ farm system, then was traded to the Phillies, where he once pitched a two-hitter against the Giants. He entered the Army in 1944 and devoted two years to military service during the Second World War. Although he returned to baseball, he never made it back to the big leagues. 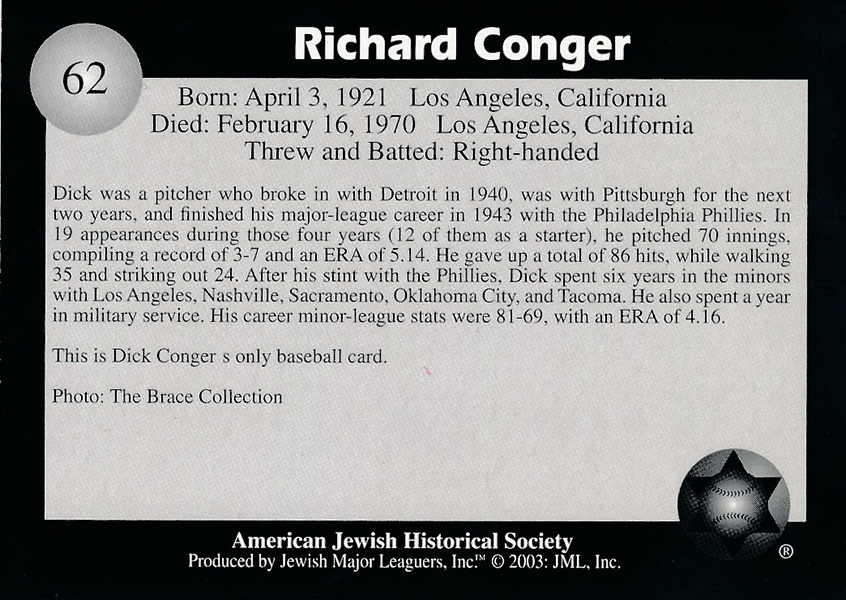 Conger, at age 19, was the second-youngest player in the majors in 1940 behind Hal Newhouser.