Wineapple enjoyed the classic “cup of coffee” in the big leagues, pitching in a single big-league game for the Washington Senators on Sept. 15, 1929. He scattered seven hits over four innings, yielding four runs, only two of which were earned. A Boston native, he was a superstar collegiate athlete. As a freshman at Syracuse, he became captain of the freshman baseball, basketball and football teams. He transferred to Providence College where, in 1929, the school’s only Jewish student was the nation’s leading scorer in basketball with 278 points in 20 games. While at Providence he earned All-America honors in both baseball and basketball, and he became the first person ever elected to the Providence College Sports Hall of Fame. 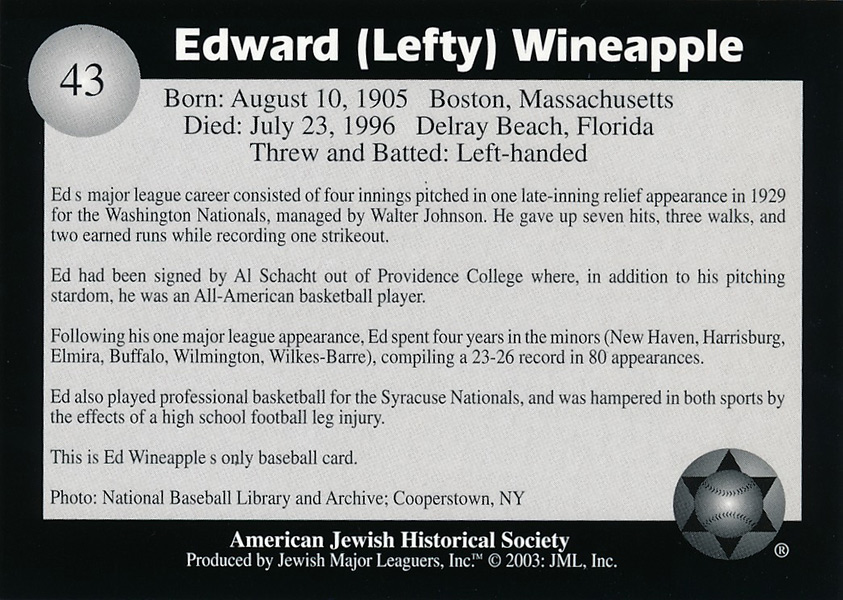 In 1929, Ed became the first Jewish All-American basketball player selected in a nationwide poll — one conducted by College Humor Magazine.