Cohen replaced Rogers Hornsby as the New York Giants’ second baseman in 1928 and was instantly hailed as the long-awaited Jewish baseball hero. He collected three hits in the Giants’ 1928 season opener, led the team to victory, and was carried around the Polo Grounds on the shoulders of Jewish fans. He was raised in an observant Jewish home, pledged a Jewish fraternity at the University of Alabama, became the captain of his college baseball team, and refused to change his last name when entering professional baseball. In New York, he achieved legendary status as a Jewish baseball star and even made the cover of Time magazine. He started his major league career on a torrid hitting pace and demonstrated above-average fielding, but cooled off by the end of the first season and was sent to the minors in 1930, where he injured his arm and stymied his chances of returning to the senior circuit. After fighting in both North Africa and Italy during World War II, Cohen managed in the minor leagues for several years and finally reached the majors again as a coach for the 1960 Philadelphia Phillies. He managed the team for one day after the skipper unexpectedly resigned, and the Phillies won, allowing Cohen to boast about being the only manager in Phillies’ history never to lose a game. 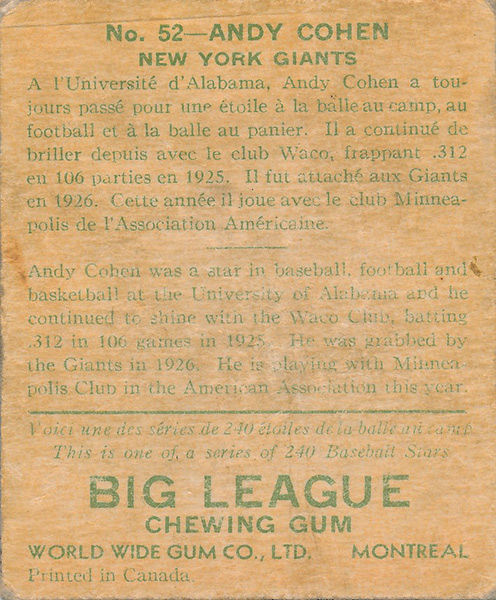 Cohen Stadium in El Paso, Texas, is named for Andy and his younger brother Syd, who also played in the majors. 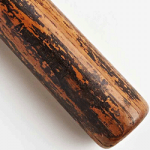