Shuman was thinking about pursuing law school at Temple when he got invited to pitch batting practice to the Philadelphia Athletics in 1936. Shuman showed enough to catch the eye of Connie Mack, who offered him a minor league contract. So he skipped law school and went the baseball route. After toiling in the minors, Shuman made his big league debut at the end of the 1942 season. He then pitched as a reliever for the Pirates in 1943 and then for the Phillies in 1944. All told, he appeared in 30 games with a 4.44 ERA. 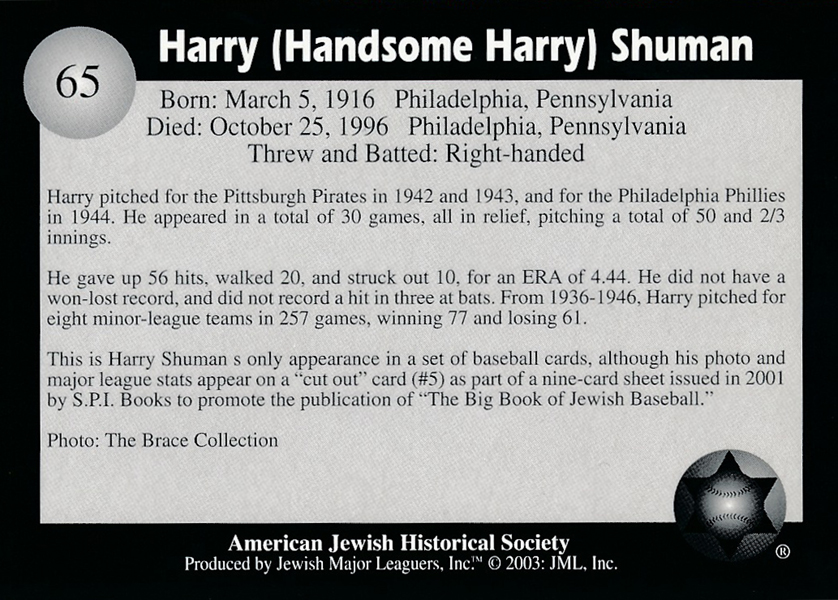