A standout catcher from a conservative Jewish family, Levis was drafted out of high school by his hometown Philadelphia Phillies, but elected to attend college at the University of North Carolina. Following his junior year, he was selected by the Cleveland Indians in the fourth round of the 1989 amateur draft. He saw limited major-league action with the Tribe between 1992 and 1995, when he was traded to the Milwaukee Brewers. In 1996 and 1997, he managed to spend the entire season at the big-league level, though he ended up as a journeyman after the Brewers released him at the end of the 1998 season. He spent the better part of the next six years bouncing around the minor leagues (with only two more fleeting appearances in the majors). After his playing days ended, Levis became a scout for the Boston Red Sox. His wife, Joan Greenspan, was raised in an Orthodox household, and Levis was well-known for being proud of his Jewish heritage. 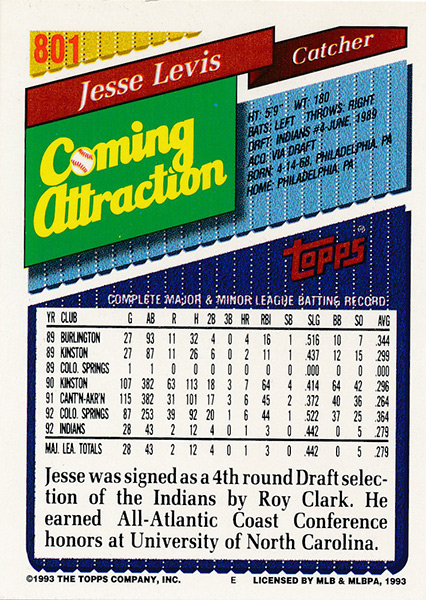 Ricky Henderson, the all-time stolen-bases leader, was the first major-league player Levis threw out trying to steal a base.