The product of the University of California was drafted by the New York Mets in the sixth round in 2008. A first and third baseman, Satin made his major-league debut in 2011, hitting .200 in 15 games. In September 2012, he played for Team Israel in the World Baseball Classic qualifying round. In June 2013, he was again called up to the Mets, after batting .305 in AAA. He tied a Mets rookie record by reaching base in 29 consecutive games that he started. He hit .279 for the season. Satin, though, struggled in 2014, hitting only .086 in 45 at bats. 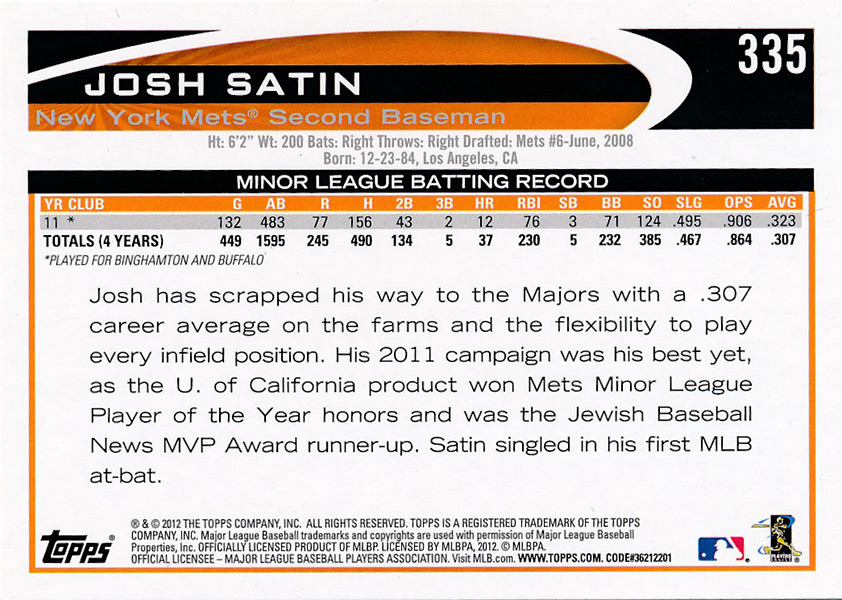 Josh’s on-base percentage of .375 was second only to Yasiel Puig among rookies in 2013.