Born in Brooklyn and raised in New Jersey, Glauber was selected by the St. Louis Cardinals in the 42nd round of the 1994 amateur draft. Left unprotected after paying his minor-league dues, he became a Rule 5 draftee and ended up in the Cincinnati Reds’ organization. He made his major-league debut on Sept. 8, 1998, pitching in relief against the Houston Astros. His major-league career, shortened by two shoulder surgeries, totaled seven appearances over the course of the 1998 and 2000 seasons. Following his retirement, he became the executive director of the Young People’s Day Camps, which has more than a dozen locations in New Jersey. 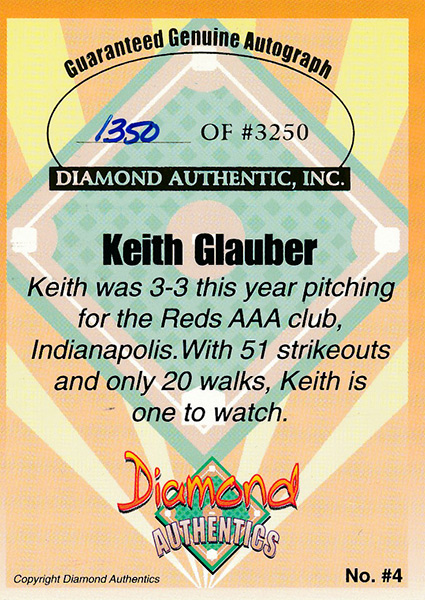 Keith pitched just 15 innings over his two-year major-league career, but finished with a 3.00 ERA.