A native of Hawaii, Wayne was selected by Montreal with the fifth pick in the 2000 draft. In July, 2002, Wayne was traded to the Florida Marlins. He then made his major-league debut with the Marlins, going 2-3 in five starts. He saw his most extensive big-league action in 2004, sporting a 3-3 record in 19 games with the Marlins. 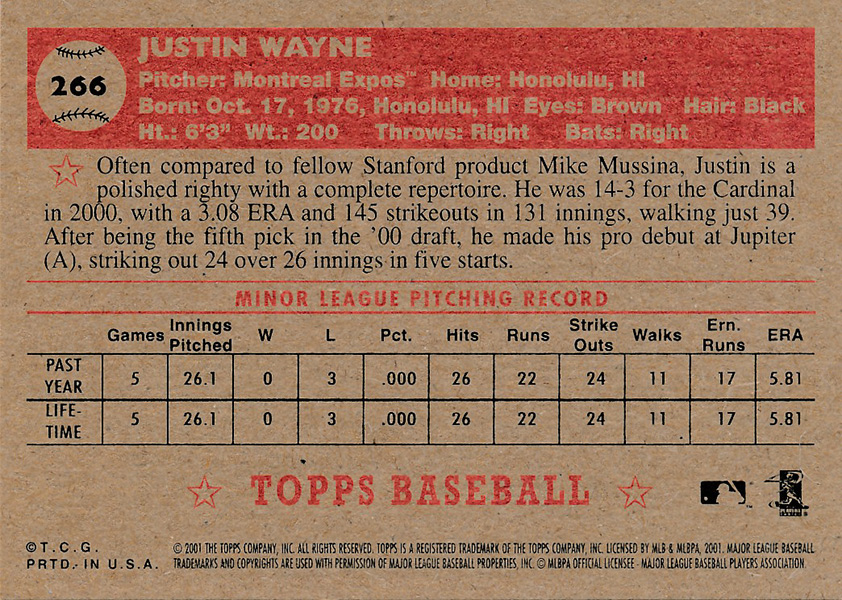 Justin finished his career at Stanford with 363 career strikeouts and led his team to the 2000 College World Series finals during his junior season.