Allen, a three-sport star in high school, was the 12th overall pick in the 1968 amateur draft. His first full season with the California Angels was his most successful, when he worked out of the bullpen and recorded 15 saves with a 2.49 ERA. During his tenure with the Angels, Allen (who converted to Judaism) became friendly with coach Jimmie Reese, the Jewish shortstop who roomed with Babe Ruth as a member of the New York Yankees. 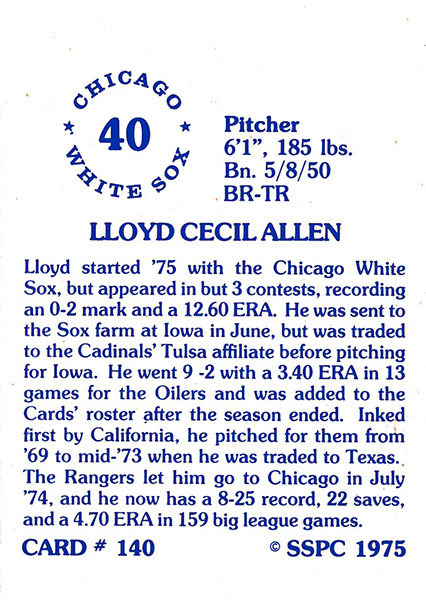 Lloyd was part of a five-player swap between the Rangers and Angels in 1973 which also involved Mike Epstein — the only time two Jewish players were traded for each other.