Born Reuben Cohen in Odessa, Ukraine, the immigrant Jewish sports prodigy enjoyed a weeklong “cup of coffee” as a 21-year-old shortstop with the St. Louis Cardinals. His manager, the legendary Branch Rickey, inserted him into the lineup as a late-inning defensive replacement on June 21, 1921, and Ewing successfully handled his only chance in the field. He pinch ran four days later and finally earned his only major-league plate appearance on June 27, 1921, when he struck out in a pinch-hitting role. During his weeklong stint in the big leagues, he was teammates with Rogers Hornsby. 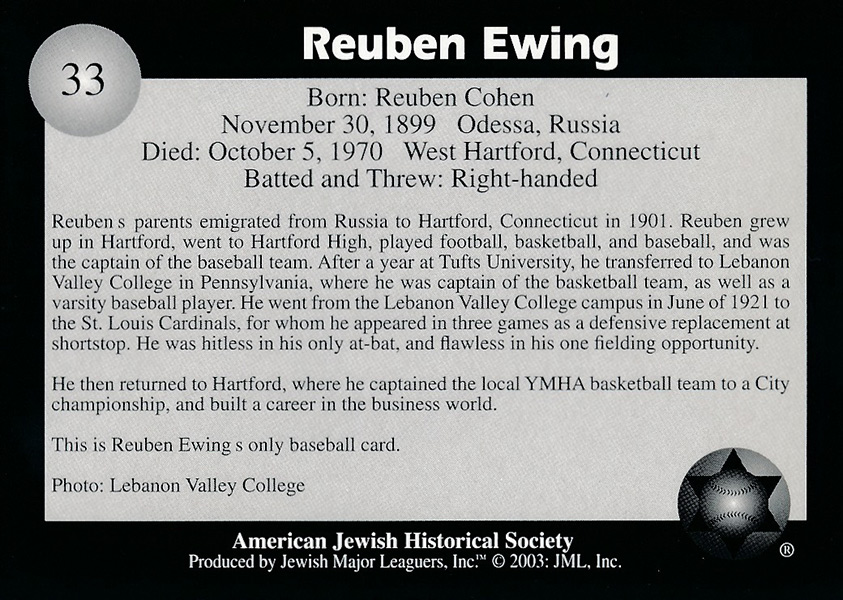 At 5-foot-4, Ewing is tied with Jesse Baker as the shortest Jewish players in the major leagues.