An All-America shortstop at Fresno State University and a son of a Jewish mother, Zosky was selected by the Toronto Blue Jays with the 19th pick in the 1989 amateur draft and promptly hailed as the team’s “shortstop of the future.” Prior to the 1991 season, he was even considered the 22nd best prospect in baseball, ahead of Jeff Bagwell (32nd), Chipper Jones (49th) and Jim Thome (93rd). His offense fizzled, however, and his big-league career extended to just 53 plate appearances in 44 games with four different teams spanning parts of five seasons between 1991 and 2000. Over that span, Zosky collected a total of eight big-league hits and three RBIs. In total, he played with seven major-league organizations. 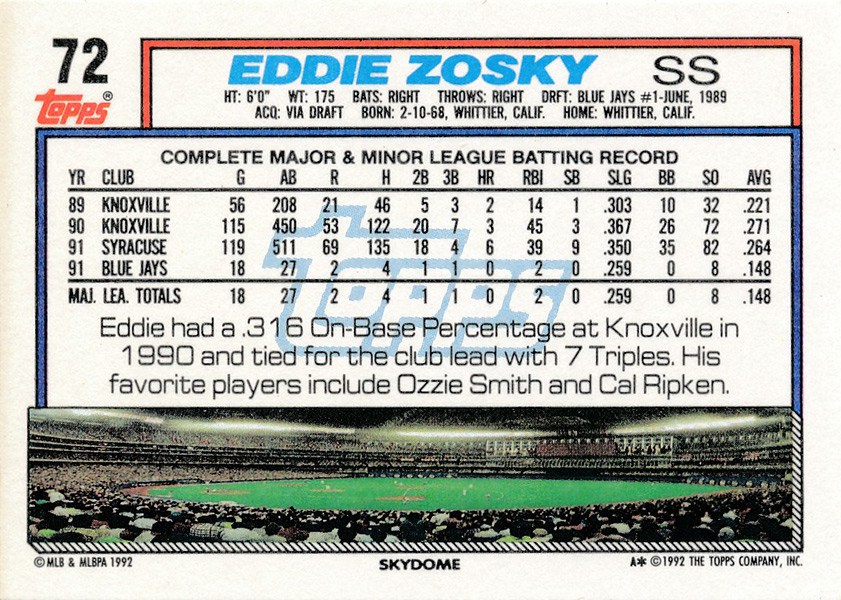