After being honored as the Broward County high school player of the year in 1999, Ford was selected by the Toronto Blue Jays in the third round of the amateur draft. He won the Florida State League ERA title in 2002 and was thereafter claimed by the Milwaukee Brewers in the Rule 5 draft. He appeared in 25 games as relief pitcher and spot starter for the Milwaukee Brewers in 2003, but had bone spurs removed from his pitching elbow after the season and was unable to make it back to the big leagues. 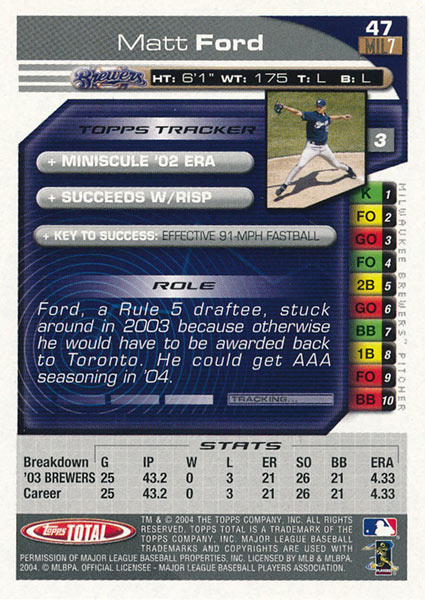