The promising young left-hander who, at the time, knew nothing about baseball, emigrated with his family from Odessa, Russia, and settled in Buffalo, N.Y. Cristall reached professional baseball early, and on Sept. 3, 1901, he became the first American League rookie to toss a shutout in his major-league debut when he took the mound for the Cleveland Blues (now the Indians) and defeated the Boston Americans (now the Red Sox). Unfortunately, Cristall lost his next five starts and ended up back in the minors from 1902 to 1917. 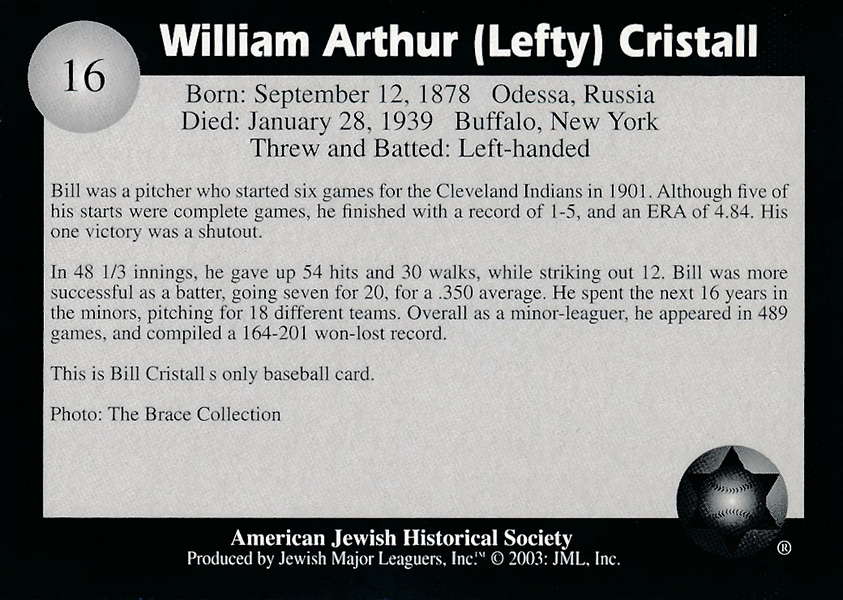 Although records are incomplete, Cristall won at least 25 games pitching for both Los Angeles and Oakland of the California League in 1902.