Fishel was the first Jewish pitcher in major-league history. His career, however, extended to just a single outing. On May 3, 1899, he pitched a complete game for the New York Giants, albeit in a losing effort. He attended Columbia University as both an undergraduate and a law student, and he entered the private practice of law in 1900, although he remained a baseball coach for several years thereafter. In 1901, Fishel coached at Columbia, and he continued to receive generous offers to pitch for semi-pro teams all over the country even after his major-league career ended. His law firm, Edwards, Levy, Fishel & George, later achieved prominence in Mineola, N.Y. 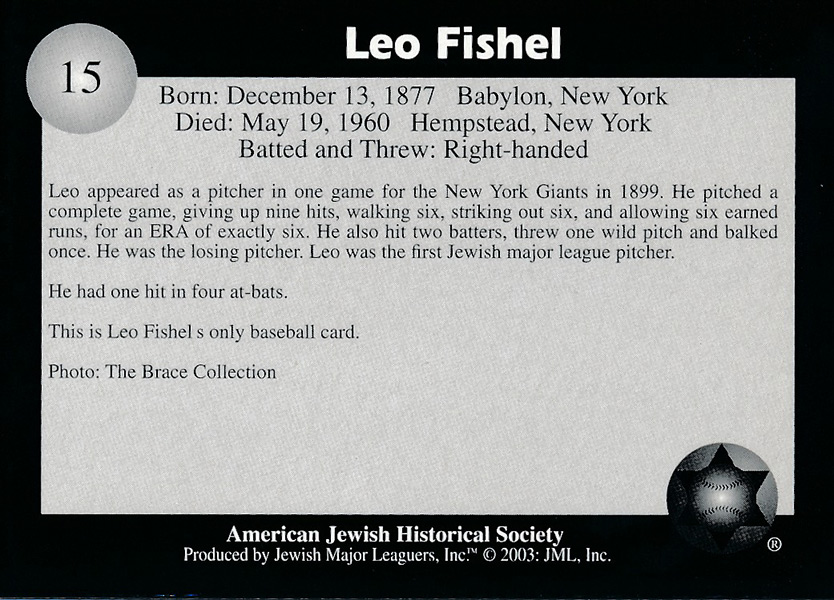