Back to school: Youkilis plans to finish degree at Cincinnati

Kevin Youkilis underscored the importance of education with this tweet last week. 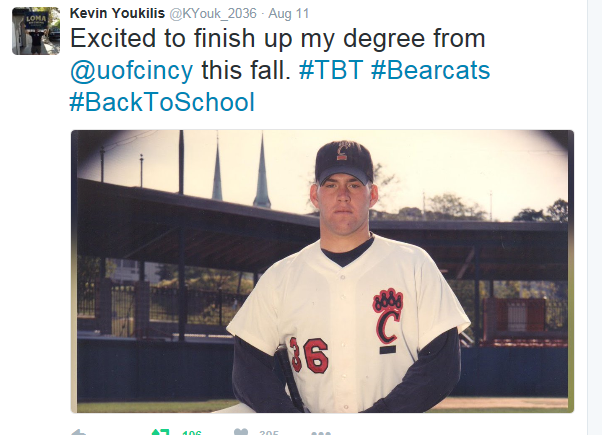 Now consider that Youkilis left Cincinnati when Boston selected him in the eighth round of the 2001 MLB Draft. Then according to BaseballReference.com, he earned more than $56 million during his illustrious career.

Youkilis probably could take a pass on completing his degree.

Then again, Youkilis knows there is no price tag on an education. Obviously, it means something to him to say he is a college graduate.

So at age 37, 15 years after leaving the school, Youkilis will get his degree at Cincinnati.

Congratulations, Youk. And thanks for setting an example for others.