Levine started just seven of his 416 games as a major-league pitcher for seven different teams. Before making his debut with the Chicago White Sox in 1996, he played for the Class AA Birmingham Barons where he was a teammate of basketball star Michael Jordan. Levine relieved in at least 50 games in each season from 1999 to 2004. His best year was 2001 when he had a 2.38 ERA and won a career-high eight games for the Angels. 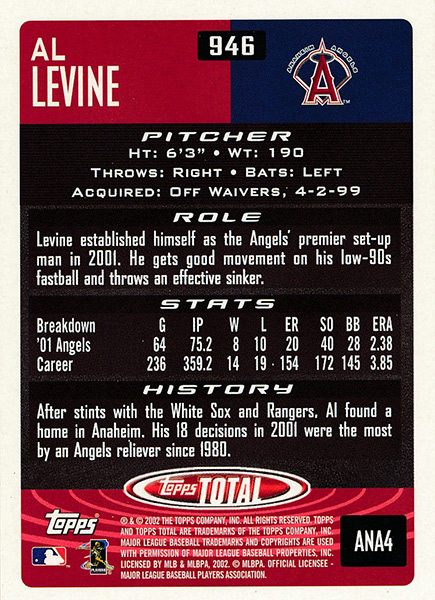 Over his 10-year career, Al held batters to a .220 average with runners in scoring position and two out.