The native of Florida was picked in the 13th round by San Francisco in the 2002 draft. He eventually reached the big leagues in June, 2009. He made quite an impression early on, pitching 13 shutout innings in winning his first two starts. However, he struggled from there, posting a 2-4 mark with a 4.45 ERA in six starts. They would mark his only games in the majors. In 2010, he began a three-year stint pitching in a Korean baseball league. He has since focused on scouting and also has been working on assisting U.S. players with the transition to playing in Korea. 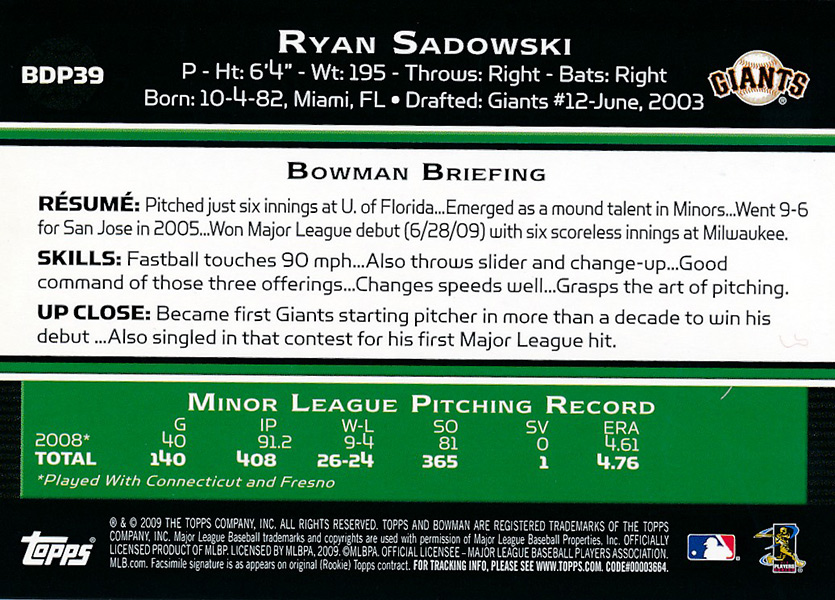 Ryan was the first Giants starter to win his major-league debut in more than a decade.