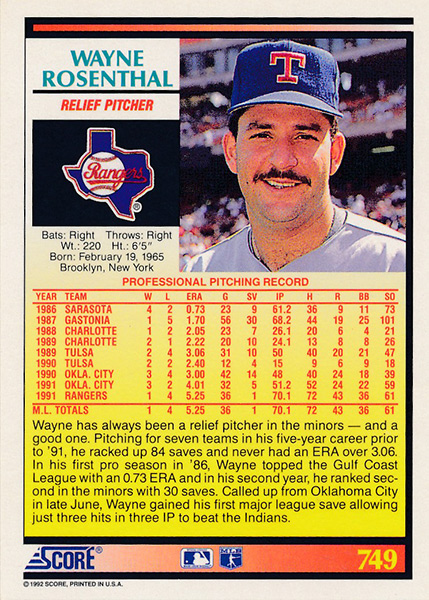 Rosenthal was a pitching coach in the Montreal Expos’ and Miami Marlins’ organizations.