An All-Big Ten pitcher at Ohio State, Goldberg was selected in the 10th round by the White Sox in the 2013 MLB Draft. An International League All-Star at Charlotte in 2016, Goldberg moved up through the Sox’s farm system and was promoted to the big leagues in June, 2017. Goldberg also pitched for Team Israel in the 2017 World Baseball Classic. He pitched two scoreless innings in two appearances. 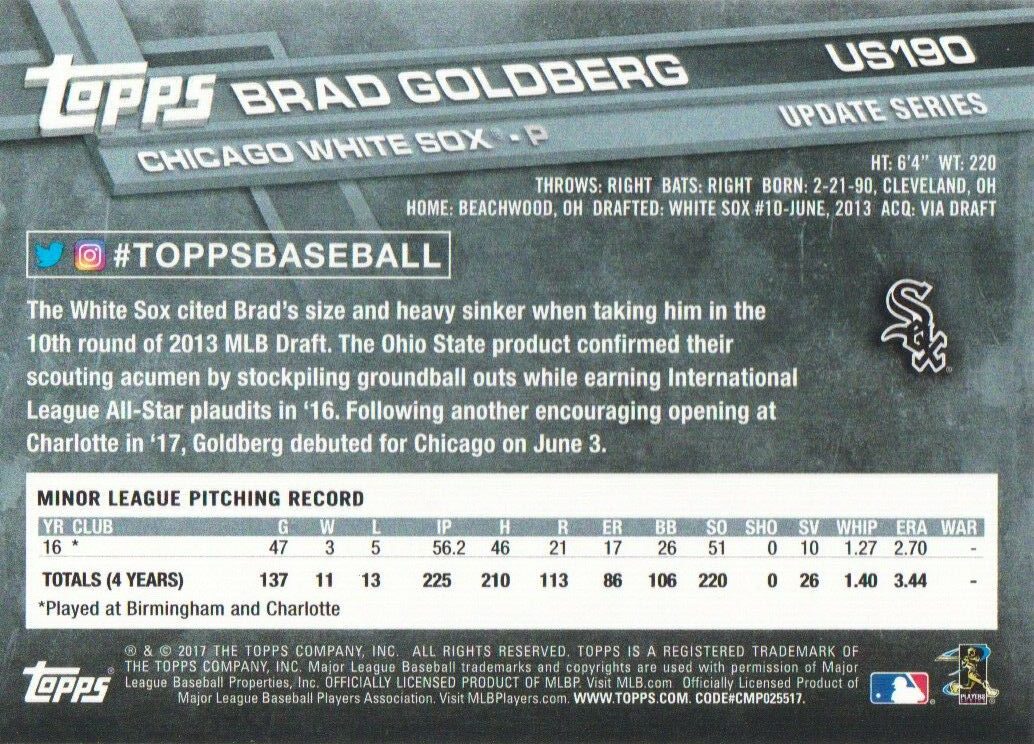 After his playing days, Brad returned to Ohio State as its director of pitching development.