Born in 1881 in Metropolis, Ill., Manuel was a pitcher for the Washington Senators and Chicago White Sox from 1905-1908. Manuel was ambidextrous. Although he pitched right-handed, he said there were times he threw from the left side to left-handed hitters. Moxie’s son, John, in a letter to the National Baseball Hall of Fame Library in Cooperstown, N.Y., wrote that he had clippings which confirmed that his father was ambidextrous and that in the minors he would often pitch doubleheaders — one right-handed and one left-handed — sometimes posting shutout victories in both games. 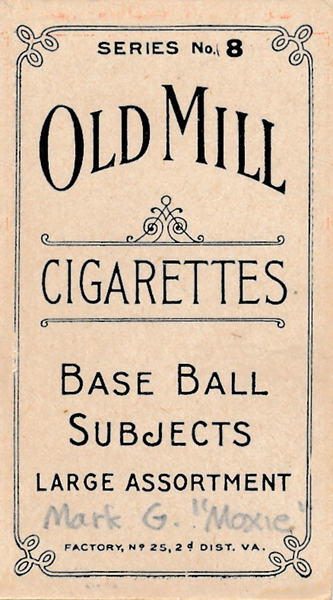 Moxie pitched both ends of a 1905 Cotton States League doubleheader, including a no-hitter in the nightcap.