Born Abraham Simon Cohen, he changed his name to avoid ethnic slurs hurled by “unintelligent” fans. He was a promising “spitballer” (it was a legal pitch at the time) who was discovered playing semipro ball in the Chicago area. He had struck out 241 batters in 26 games and twice led his team to a 2-1 victory over the Chicago American Giants, which was then managed by Andrew “Rube” Foster and considered the most dominant team in Negro National League baseball. Corey attended spring training as a highly touted rookie for the White Sox in 1918, but severely fractured his ankle when he got his spikes stuck in home plate during a slide. He made his only major-league appearance in the second game of a doubleheader on July 2, 1918. Corey’s injury continued to plague him, and he spent the remainder of his career in the minors. 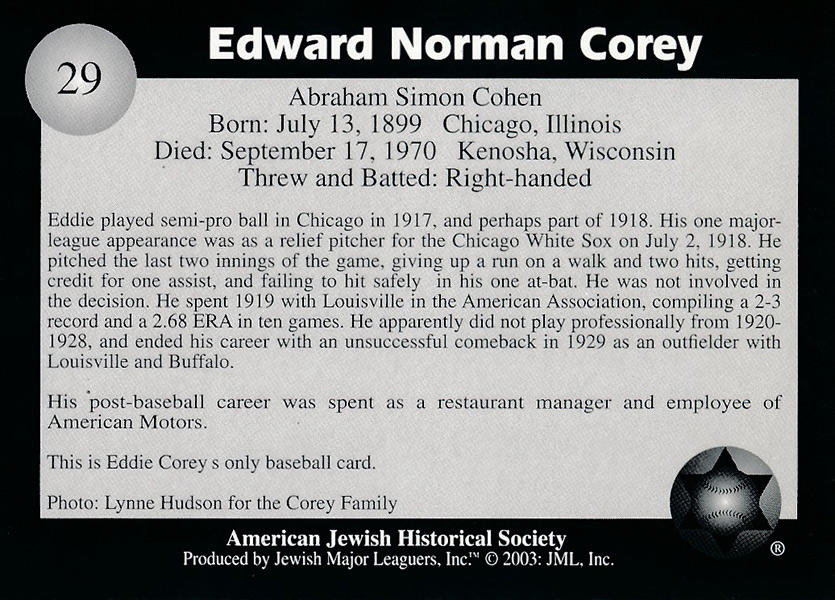