Schacker was a right-handed relief pitcher who appeared in six games for the Boston Braves in 1945. He entered his first game with two out in the ninth inning on May 9 and struck out Bob Elliott of the Pittsburgh Pirates. In his second outing, he failed to protect a 7-5 lead in the eighth inning and was the losing pitcher in the St. Louis Cardinals’ 8-7 victory. His longest stint was 5 2/3 innings against the Cardinals on May 31, when he replaced starter Al Javery, who managed to get only one out in the first inning while allowing five runs. 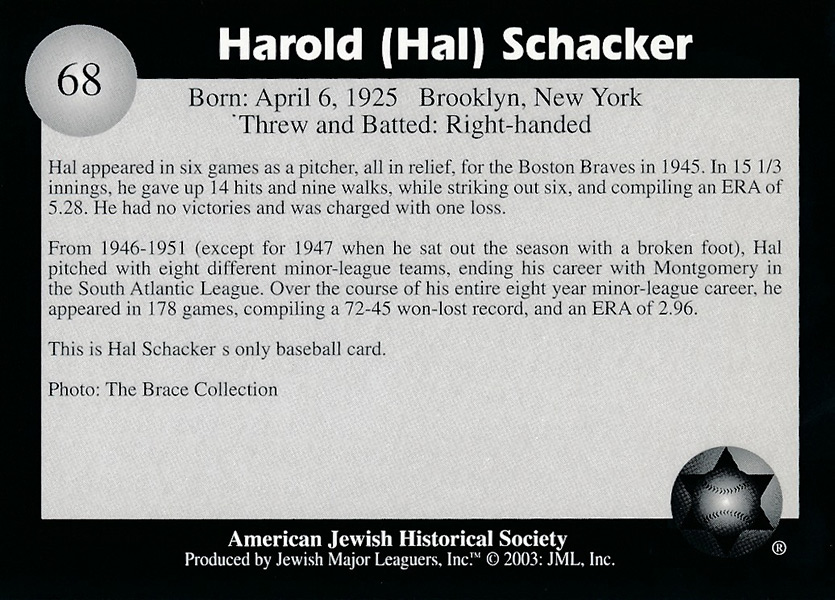