Sington was a star lineman for Alabama’s Rose Bowl team in 1930. However, he spurned a possible pro football career to try to play baseball. He eventually signed on with the Washington Senators. An outfielder, Sington played in 20 games for the Senators at the end of the 1934 season. He played only one full season in the majors, hitting .237 in 78 games for the Senators in 1937. He was traded to Brooklyn, and played in parts of two seasons for the Dodgers in 1938-39. He had a career .271 batting average in 181 big-league games. In 1955, Sington was inducted into the College Football Hall of Fame. 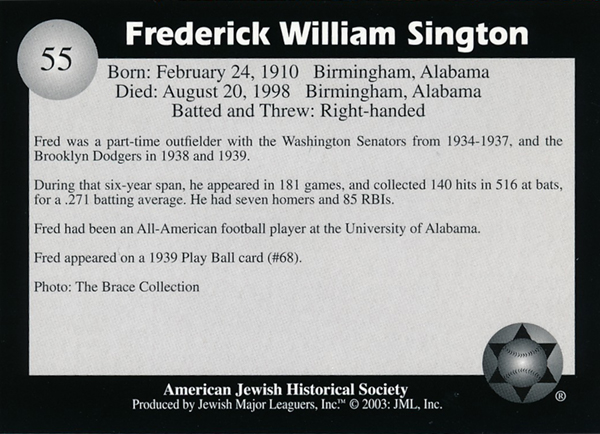 Rudy Vallée recorded a song about Sington, entitled “Football Freddy,” that would go on to become a nationwide hit.