A standout baseball and football player at the University of Alabama, Rosenfeld embarked on a professional career in 1924. It was a long road, but he eventually reached the big leagues with Brooklyn in 1931. He hit a double in his first game against Philadelphia. The outfielder got another shot in 1932, hitting .359 with 2 homers and 7 RBIs in 34 games. However, after registering 1 hit in 5 games with Brooklyn in 1933, Rosenfeld finished off his playing career in the minors. 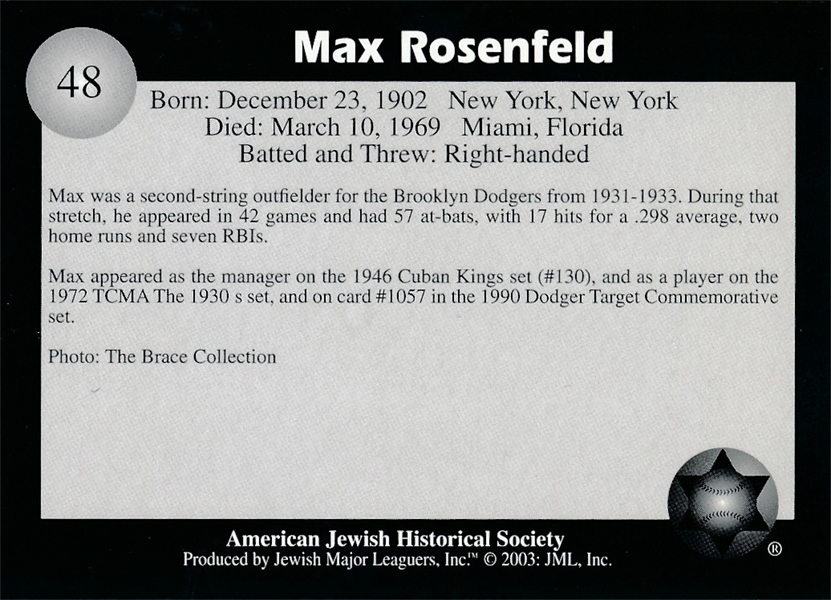 Max was manager of four different minor-league teams in Florida.