For starters, Sid Schacht was not related to Al Schacht. And he had only a fleeting time in the big leagues. The right-handed pitcher was 32 when he made his debut with the St. Louis Browns in 1950. All told, he appeared in only 19 games, going 0-2 with a 14.34 ERA. 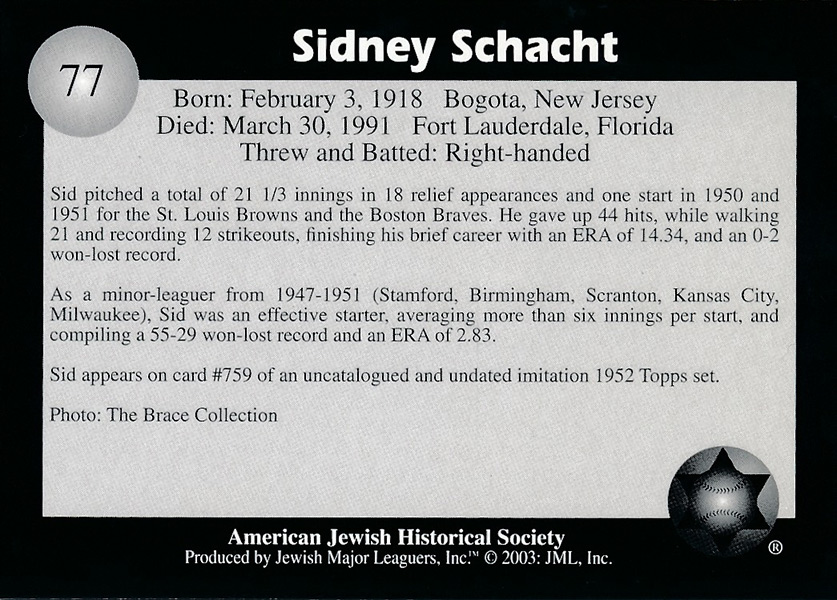 Sid won 18 games at Stamford, Conn., in 1947 while commuting to games from his home in the Bronx.