Harry Chozen, one of the Chosen People, appeared in a single major-league game as a catcher for the Cincinnati Reds in 1937. He is best remembered, however, for the 49-game hitting streak he recorded eight years later in 1945, while playing for Mobile Bears in the Southern Association. With his streak at 33 games, he was hit by a flying bat while standing in the on-deck circle and was knocked unconscious. Fortunately, the league commissioner ruled that time lost for injury would not affect the streak. Amazingly, in the final four games of his hit parade, Chozen appeared in a pinch-hitting capacity. 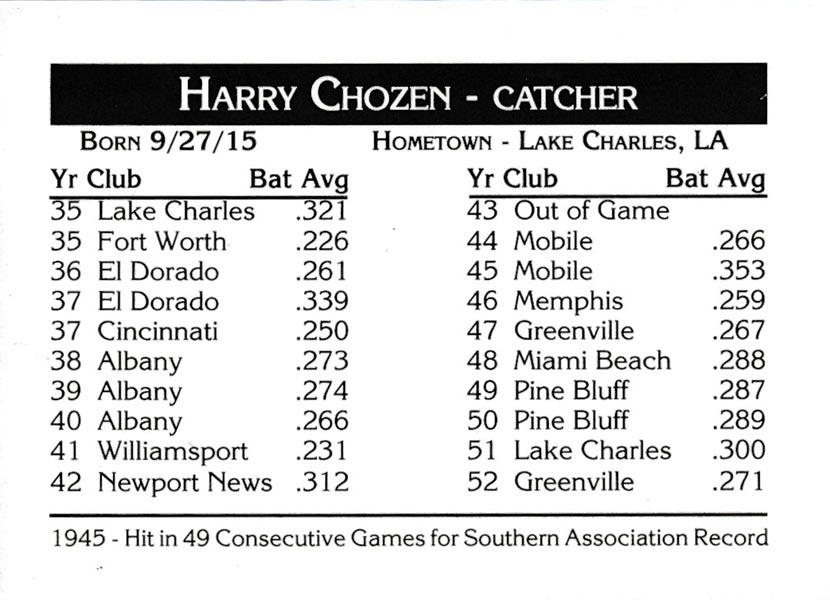