Gorman appeared in a single major-league game as a pinch-hitter for the St. Louis Cardinals on April 19, 1952, grounding out to second base against the Chicago Cubs at Wrigley Field. The following season, while playing left field for the San Diego Padres of the Pacific Coast League, he was helped off the field after complaining of chest pains in the sixth inning, and minutes later, he suffered a fatal heart attack and died at the age of 27. Lefty O’Doul, Gorman’s manager in San Diego, remarked that Gorman “never complained, never caused trouble — he just wanted to play. I wanted to see how some rookies would do, so that’s why he was making his first start. But I quickly saw that Gorman should play. A quiet fellow who just minded his own business. It’s a terrible loss for his family and our team.” 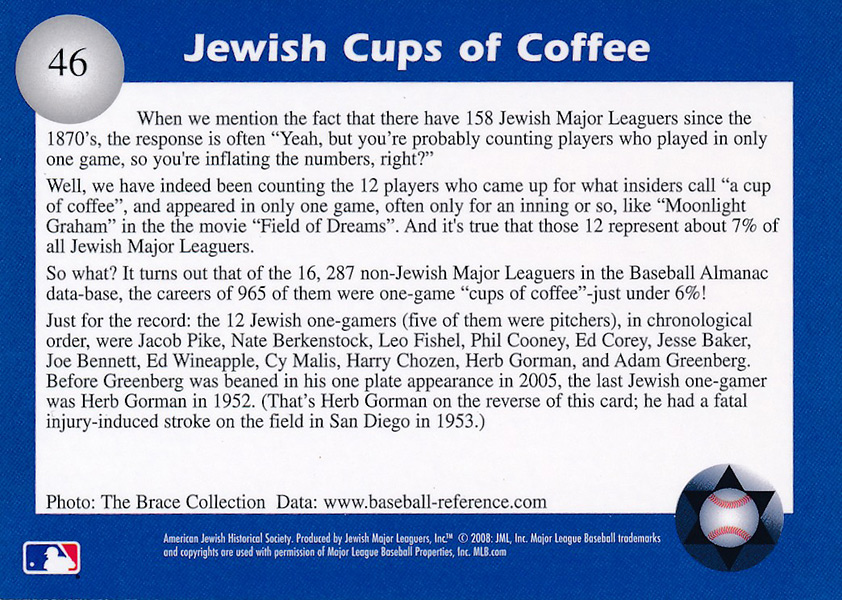