Born in Odessa, Russia, and raised in the Bronx, Goldstein appeared in 16 games as a relief pitcher and spot starter for the 1932 Detroit Tigers. During his youth, he lived down the street from Hank Greenberg, and the two were teammates at James Monroe High. He made his major-league debut on April 24, 1932 against the Chicago White Sox and earned his first win on May 24, 1932 against the St. Louis Browns. He pitched a complete game and earned a win against the White Sox on June 27, 1932, but was demoted after the game and never returned to the majors, in part due to arm trouble. He pitched for the Class AA Toronto Maple Leafs of the International League for the remainder of the 1932 season, as well as the entirety of the 1933 season. Following his baseball career, he worked in the men’s clothing business, a calling which was interrupted by a three-year stint in the Pacific theater during the Second World War. 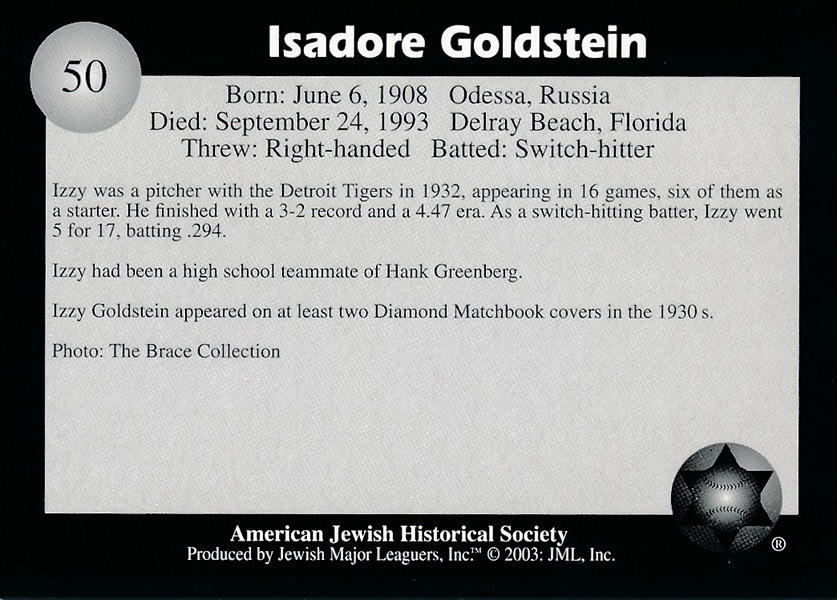