A member of the Chicago Cubs, Cy Block played sporadically over three major league seasons during the Second World War, when his baseball career was interrupted by his service in the U.S. Coast Guard. A part-time second and third baseman, he appeared as a pinch-runner in Game Six of the 1945 World Series. The Cubs won the game in the 12th inning, but lost the series to Hank Greenberg and the Detroit Tigers the following day. It was during the fourth game of this series that Billy Sianis saw his “Billy Goat” unceremoniously thrown out of Wrigley Field, originating the famed “Curse of the Billy Goat” that plagued the franchise. Block ended his career with a .302 batting average. 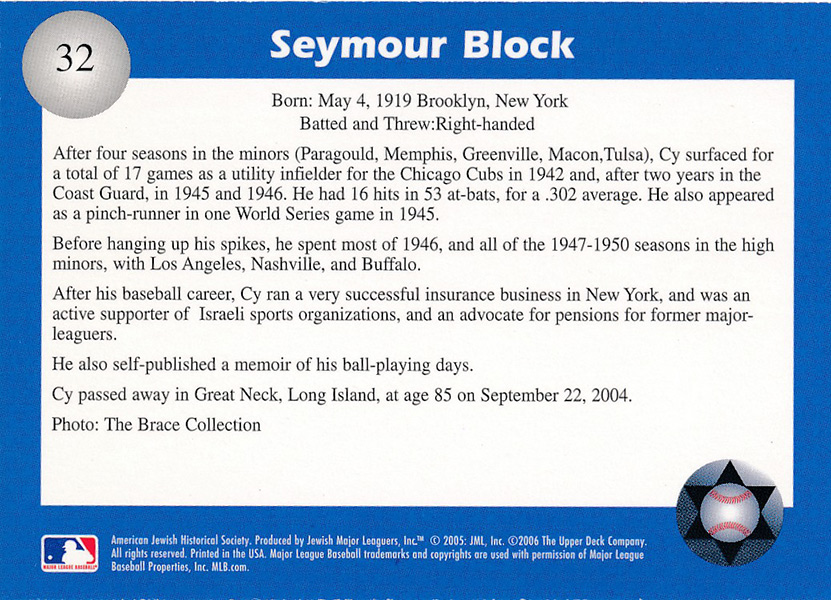 An advocate for minor-league players’ rights, Block was asked in 1950 to testify before the U.S. Congress in regard to baseball’s reserve clause.