Goodman made his big-league debut on May 2, 1878 as a first baseman for the Milwaukee Grays, a team that spent a single season in the National League, and he hit the first home run in the franchise’s brief history. He returned to the major leagues for a brief stint with the Pittsburgh Alleghenys of the upstart American Association in 1882, but his playing time was limited. In 1890, at the age of 36, he suffered a stroke at his father’s house and passed away a few days later. 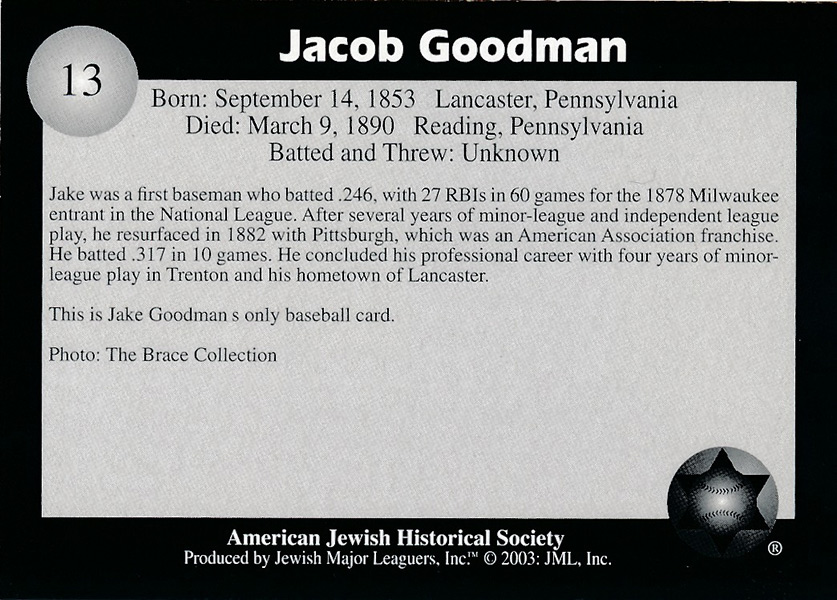 In the game in which Goodman hit his one career home run, Milwaukee and Providence combined for 35 errors. Providence won 11-4.