A native of Memphis, Tenn., Foreman appeared in three games as a relief pitcher for the Chicago White Sox in 1924 and in another three games for the Boston Red Sox in 1926. He was the last of the 16 major leaguers nicknamed “Happy.” Before his big-league career began, Foreman served in the U.S. Marine Corps during the First World War. 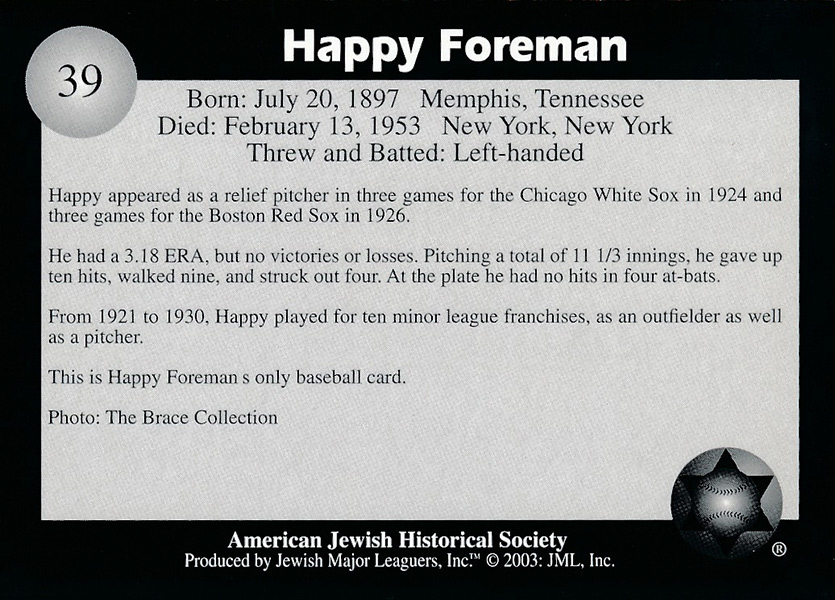