Berkenstock is the oldest known professional baseball player. Born in 1831, he played in amateur leagues until 1866, when he retired. Five years later, when baseball’s first professional league, the National Association, was heading to its first championship game, Berkenstock was called out of retirement to replace an injured outfielder. At the age of 40 while serving as team treasurer, he helped the Philadelphia Athletics defeat the Chicago White Stockings (who wore makeshift uniforms and played their remaining games on the road due to the devastation wreaked by the Great Chicago Fire). Playing under the name “Pratt,” he struck out three times, but recorded three putouts, including the final out of the game. Berkenstock enlisted in the Civil War in 1862, but served for only a few weeks. 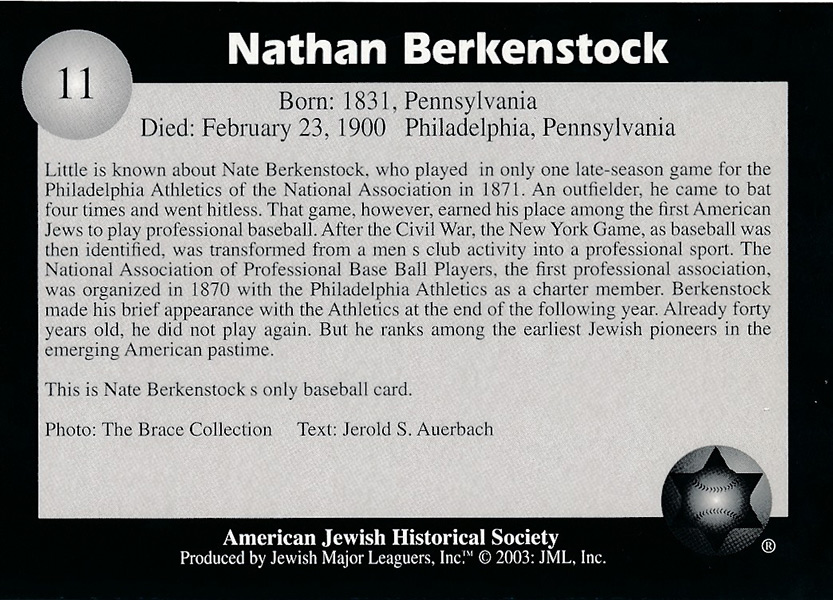