At the age of 12, Marquis drew acclaim for pitching a no-hitter in the Little League World Series. It wouldn’t be the last time he would be on the national stage. The New York-born pitcher went on to become one of the few players to compete in the Little League World Series and the MLB World Series. Marquis’ long career began at the age of 21 with the Atlanta Braves in 2000. But he began to make his mark after being traded to St. Louis. In 2004, he went 15-7 for the Cardinals and started a World Series game. He went on to win 11 or more games for six straight years through 2009. In 2009, Marquis’ strong first half for the Colorado Rockies earned him a selection to the National League All-Star team. 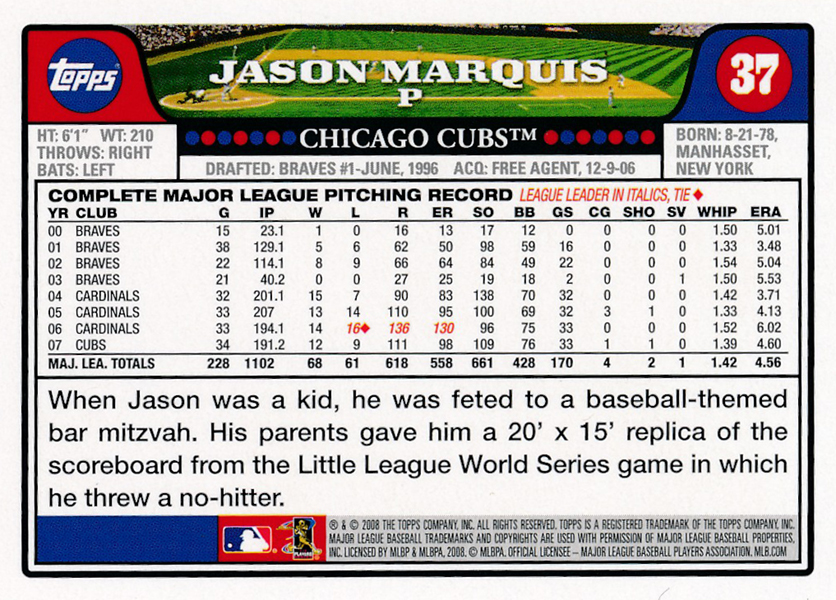