Joseph Rosenblum (better known as Joe Bennett) had a tiny cup of coffee in the big leagues as a fleeting member of the Philadelphia Phillies. He briefly played third base on July 5, 1923, and successfully turned his only chance into an assist. He never appeared at the plate and never saw any further major-league action. The Phillies were defeated by the St. Louis Cardinals 16-12 that afternoon in front of a Baker Bowl crowd of only 1,000 people.  In 1926 he joined the U.S. Army and served until 1955 in the quartermaster’s corps, retiring with the rank of lieutenant colonel. 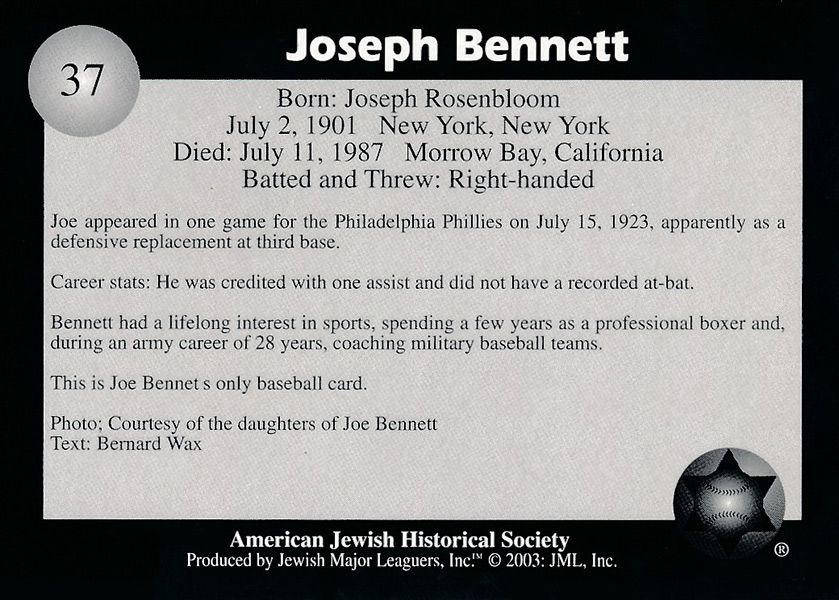 The losing pitcher for the Phillies in Bennett’s lone major-league game was Lefty Weinert. It marked the first time in major-league history that two Jewish teammates appeared in the same game.