A son of a Jewish mother and an African-American father, Franklin appeared in 17 games as an outfielder and pinch-hitter for the St. Louis Cardinals in 1997. He batted a respectable .324 and smacked two home runs in 34 at-bats. Although his major-league career was limited, he played two seasons each in Japan and South Korea and also enjoyed a lengthy minor-league career. Upon his retirement, he became a scout for the Arizona Diamondbacks and Seattle Mariners before the D’backs brought him back as a minor-league coach. 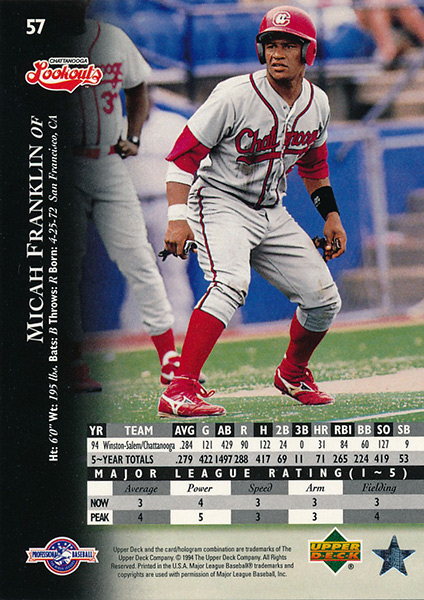 While in the minor leagues, Franklin was one of four players featured in the documentary film “A Player To Be Named Later.”