Giants manager John McGraw always was on the search for Jewish players. So he signed Rosenberg after he had a strong showing in the minors. Alas, it didn’t work out. Rosenberg, a younger brother of Lou Rosenberg, played in only nine games for the Giants in 1930. He never got a hit in five at bats. Rosenberg continued to bounce around in the minors into 1943, but he never returned to the big leagues. 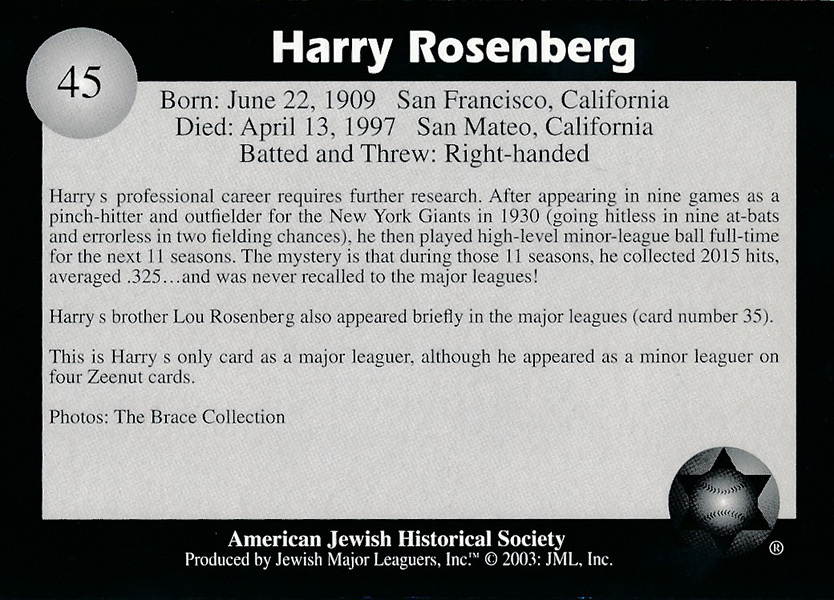