A New York native, Eddie appeared in 11 games for Cleveland Indians during the 1943 season, shortly before enlisting in the military during the heart of the Second World War. His major-league career began auspiciously: On May 9, 1943, he entered a tie game against the St. Louis Browns and collected two hits in two at-bats, including the eventual game-winning single in the top of the 13th inning. Although he returned to baseball after the war, he never again reached the majors. 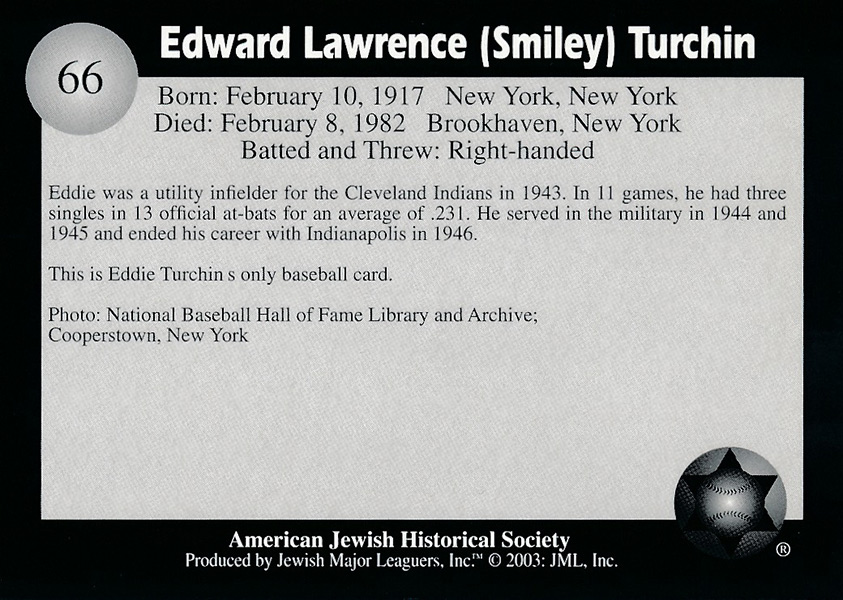