After attending St. John’s where he led all metropolitan college players in hitting with a .460 batting average, the native of New York signed with the Detroit organization in 1941. Rutner’s minor league manager said the Tigers probably wouldn’t have signed him if they knew he was Jewish. After serving in World War II, Rutner, now at third base, had several good years in the minors. In 1947, he was hitting .327 for Birmingham when he got called up to play for the Philadelphia Athletics in September. He hit .250 in 12 games. Despite a career .295 average in the minors, Rutner never got another shot at the big leagues. 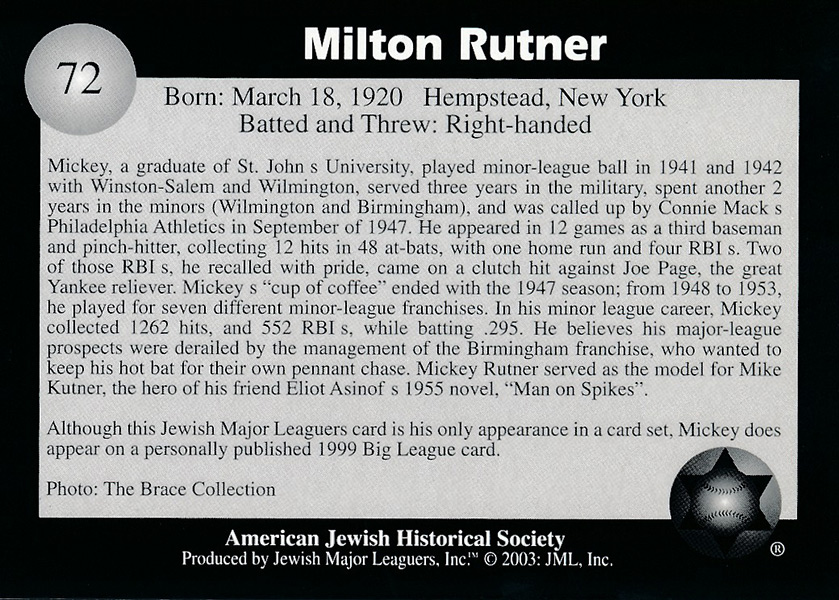 Mickey lived next door to Hank Greenberg on Clinton Avenue in The Bronx.