A son of an Orthodox rabbi, Schemer was a star multiple-sport athlete at Miami. Schemer served in the U.S. Army during World War II. After the war, the first-baseman was picked up by the New York Giants. He got his two hits against the Cardinals in his Major League debut. A few days, he hit a 3-run homer against the Cubs. It proved to be his only big-league homer. Despite hitting .333 in 1945 in 31 games, the Giants were looking for more power at first base. In 1946, he got only one pinch-hit appearance with New York and never played again in the big leagues. 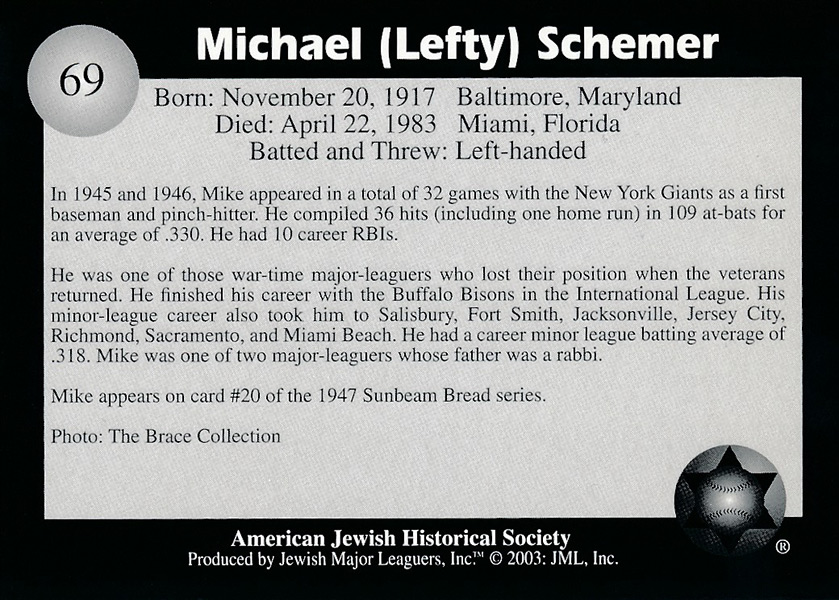 Schemer struck out only one time in 115 major-league plate appearances.