The 6-foot-8 Freiman began his minor-league career in the Padres’ organization after hitting a career-record 43 home runs at Duke University. He hit 79 home runs in his first four minor-league seasons. Houston selected Nate from San Diego in the 2012 Rule 5 Draft, but the Astros released him because there were other first basemen ahead of him. In 2014, he was claimed off waivers by the Oakland A’s. He went 2-for-3 in his first major-league game and was named AL Rookie of the Month in May. Nate started 2014 back in the minors, but was called up in June to bat against right-handed pitchers. He began the 2015 season on the disabled list with a strained back and was replaced on the A’s roster by Jewish first baseman Ike Davis. 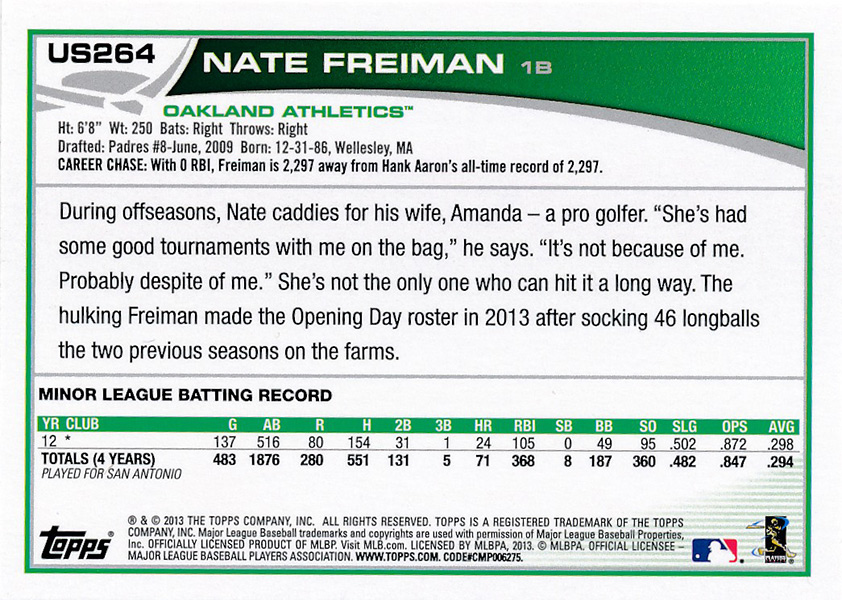 Nate is the only player in Duke school history to receive the Atlantic Coast Conference Scholar-Athlete of the Year award for baseball.